H.E. Mohammad Hamed, Minister of Energy and Mineral Resources, on the 9th of February, checked on construction work at the wind power plant in Tafileh, which is being implemented by the Jordan Wind Project Company.The company’s chairman, Samer Judeh, noted that one of the plant’s towers will be named after deceased Jordanian pilot Muath Kasasbeh, the Jordan News Agency, Petra, reported.
The 117-megawatt wind farm located in Tafileh, 180km southwest of Amman, is expected to be commercially operational in the last quarter of 2015.

JTV coverage of the event can be viewed using the following link. 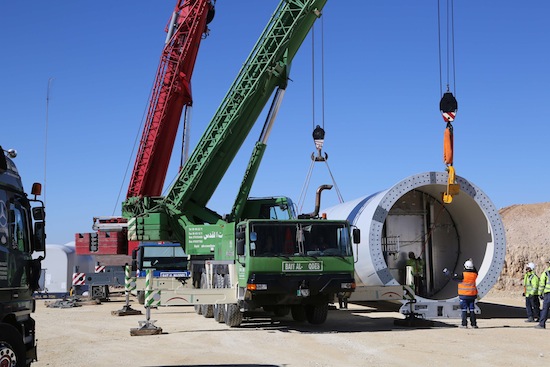